Previously, we discussed that Christians or believers in Jesus Christ are subjects of Christ’s  kingdom.  Having been born again by the power of the Spirit for faith in the gospel, believers have been transferred from the domain of darkness to the kingdom of God’s beloved Son (Col. 1:13), Jesus Christ.  However, we must not only think of our relationship with Christ in a monarchial way. The Bible employs several images to describe our relationship with God and our identity as Christians.  While much more could be said about the Christian’s new identity, I will only spend time discussing a few aspects, which I think are most helpful for this series. 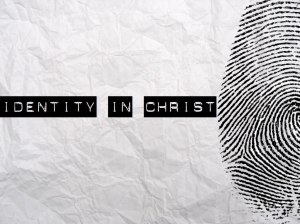 One of the most vivid descriptions of the Christian’s identity is found in Ephesians 2.  In this chapter, the Apostle Paul describes the work of the gospel in the lives  of the Ephesians, who like all Christians were formerly spiritually dead.  We’ve discussed this in part 1, so I won’t elaborate on that more.  However, Paul goes on to say some additionally important things about how the gospel shapes the believer’s identity and some of its implications.

Contextually, Paul is writing to Gentile (non-Jewish) Christians and explaining how their faith in Christ has implications concerning their relationship to God and to people of other ethnicities, specifically Jewish people.  In vv11-12, Paul declares that they were at that time separated from Christ, alienated from the commonwealth of Israel and strangers to the covenants of promise, having no hope and without God in the world.  In other words, Gentiles generally had no share of the blessings of God and were without eternal hope.  However in vv13-22, Paul highlights the hope Gentiles now have because of the gospel and its direct implications. Paul says,

In verse 13, Paul explains how being Christians, or being in Christ, has brought them near to God when they were originally far off from God and without hope (v12). Do you see that contrast? Being in Christ, believers now have hope because they are covenanted with God in Christ. All believers are no longer alienated from the people of God and strangers to the covenants of promise, but are now the people of God and guaranteed inheritors of the covenantal promises.

In verse 14-16 and 19, Paul explains the relationship between believers of different ethnicities. Historically, Jews and Gentiles didn’t get along. In fact, hostility existed between them. However, in Christ, Paul says the dividing wall of hostility has been torn down (v14, 16) and they are now one new man.  While God doesn’t negate our ethnicities, which He created, our ethnicities are not what first defines us. What first defines us is our identity as the people of God. Our being in Christ not only gives us access to God and His promises, but it creates and puts us in a whole new family with other believers of different ethnicities (v19).

In verse 22, Paul uses Old Testament temple imagery to further clarify the Ephesian believers’ identity.  Under the Mosaic Covenant, or the Old Covenant, God commanded Israel to build a tabernacle and then a temple, which would be the locus of worship for Israel (See 1 Chronicles 28).  Not only would it be the place of worship, but the place where the Lord would often meet with His people. The temple signified the place where the Lord’s presence dwelled.  Paul says in verse 22 that the covenant community or God’s people are a dwelling place of God by the Spirit.  Back in Ephesians 1, Paul explains how believers are filled with the Holy Spirit , who is the guarantee of our inheritance. This filling of the Holy Spirit in believers was promised in the Old Testament in Ezekiel 36:26-27 and in Joel 2:28-29  and fulfilled in Acts 2 under the New Covenant in Christ. God didn’t dwell permanently in people under the Old Covenant as He does with people now in Christ under the New Covenant. Therefore, just as the Temple was the dwelling place of God on earth then, the church (the people of God, not a brick and mortar edifice) is the true temple or dwelling place of God by the Holy Spirit on earth now.   It’s a wonderful and humbling reality that we need to understand!

Another profound description of our identity as Christians is found in Romans 8:15-17. The Apostle Paul said:

15 For you did not receive the spirit of slavery to fall back into fear, but you have received the Spirit of adoption as sons, by whom we cry, “Abba! Father!” 16 The Spirit himself bears witness with our spirit that we are children of God, 17 and if children, then heirs—heirs of God and fellow heirs with Christ, provided we suffer with him in order that we may also be glorified with him.

Every true believer is an adopted child of God and a co-heir with Jesus Christ!  Just as children depend on their parents for provision, protection, love, etc., every believer has that relationship with God the Father.  The Aramaic term “Abba” is a term used by children that signifies a close intimate relationship with their fathers. The English equivalent is “daddy”.  With this familial reality comes a grand future promise.  That promise is that we are co-heirs with Christ. Not only are believers promised salvation, but eternal life and we will rule (to some measure) the New Heavens and New Earth with Jesus (Lk. 22:30; 2 Tim. 2:12; Rev. 3:21). This will be the ultimate fulfillment of man’s original calling to rule and have dominion over the earth and its non-human inhabitants (Genesis 1:26-28).

Salvation in Christ not only restores our relationship with God and people, but also our roles over creation.

The last issue of identity that I want to address pertains to our relationship with sin.  In Romans 6, Paul makes the argument that when we come to Christ through repentance and faith, our fundamental relationship to sin has changed.  Before being regenerated or being born again, sin was our master. We couldn’t not sin. It was inherent to our fallen state. However, after being born again by the Spirit, sin is no longer our master, Christ is. Paul says in 6:22, “But now that you have been set free from sin have become slaves of God, the fruit you get leads to sanctification and its end, eternal life.” 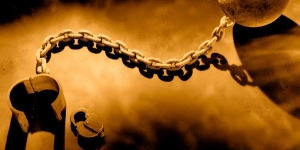 It is important to say that our battle with sin will always remain while we are here on this earth, but it is not our master any longer. We are no longer to be slaves to sin. One of the provisions the Holy Spirit provides is the power to not give into sin and the power and desire to obey God’s word.

The Implications of Our New Identity

The implications of these truths are significant and many.  I will only briefly examine a few based on what was stated above.

First, we need to understand that because of Christ, we are accepted by God as His children and co-heirs with Christ. We have an eternal reward and eternal commission to look forward to!  We are a people of hope who are to set our desires on the world to come, not this world which is passing away.

Secondly, we need to understand that what fundamentally marks us is not our ethnicities, our genders, our educational backgrounds, nor where we live. Our fundamental identity is “Christian” over and above these other providentially given and governed aspects of our lives.  We are God’s covenant community from every tribe, language, people and nation (Rev. 5:9; 7:9) called to proclaim His excellencies (1 Pet. 2:9).  Therefore, racism, ethnocentrism, sexism, classism, etc. should not be named among us. We are first to be known by our obedience to Christ and must part with societal and cultural ways that contradicts God’s standards for His people.

Thirdly, as God’s covenant community, every Christian is family – spiritual family. There is a familial aspect of our identity that is designed to display the wisdom of God (Eph. 3:8-11), our unity in Christ and love for one another.  To display these things means that we need to be regularly meeting together for worship (Heb. 10:25) and doing life together as visible expressions and proof of our new identity (John 13:34-35; 1 John 3:14; 4:7-21).

Lastly, since sin is not our master, and Christ is, we are to live holy lives by the power of the Holy Spirit. Colossians 3 is just one of many places that describes what holiness looks like.  In Colossians 3:5-11, Paul highlights a general list of sins that we are called to repent of and not be characterized by. Then in Colossians 3:12-17, he lists attributes that should mark every believer.  Galatians 5:16-26 offers us a similar perspective on how we should live based on our new identity in Christ.

May the Lord cause us to reflect on these truths and live out our identities by faith by the power of the Holy Spirit!