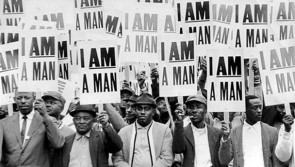 “I wasn’t reaching for it.” Those were the last words he ever spoke. The last image his four year old daughter saw of her father was of him bleeding and losing consciousness. Less than a minute prior to the shooting he was pulled over for a non-working brake light. After complying with the officer showing his drivers license, he informed the officer that he was in possession of a firearm. “Ok. Ok . Don’t reach for it then. Don’t pull it out!” Dashcam footage reveals the officer reaching his arm into the car firing seven shots. The autopsy revealed two bullets ripped through Philando Castile’s heart on July 6, 2016. The officer, Jeronimo Yanez, was acquitted by a jury of second-degree manslaughter.

This horrific incident, unfortunately, wasn’t the first or the last of its kind. What some saw as an isolated incident, others saw as an incident of a centuries old narrative of racism against black people by people in positions of power. Botham Jean and Atatiana Jefferson are two recent examples of black people murdered by white police officers. What makes these two situations even more devastating was that they were murdered while in their homes in Texas. In each case respectively, the officers, who claimed they were acting in self defense, have been charged with and indicted for murder.

While I am familiar with the history of racism in America, the senseless killings over the last few years have affected me profoundly. At times, I have been filled with anger and other times I have had to fight to feel anything because it was becoming all too familiar. Another murder. Another share on social media. Another Tweet. The repetition and visual availability of such horror can have the ability to desensitize us to the tragedy of taking a human life. We need to be awakened to the reality of the preciousness of human life and to the horrors of ideas and actions that senselessly devalue and take human life. 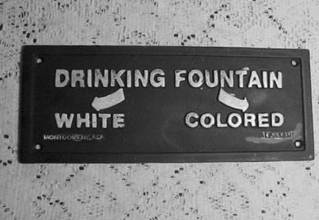 The Foundation
I am fully convinced that no other worldview or religion, other than Christianity, adequately or consistently explains the origin, essence and purpose of humanity. Scripture attests to the existence of God and His intentional creation of all things – including humanity. Genesis 1 provides us the account of God creating the heavens and the earth and the fullness thereof in six days. After five days of creating the heavens and the earth, God created man on the sixth day. Genesis 1:26-27 says –

26 Then God said, “Let us make man in our image, after our likeness. And let them have dominion over the fish of the sea and over the birds of the heavens and over the livestock and over all the earth and over every creeping thing that creeps on the earth.”
27 So God created man in his own image,
in the image of God he created him;
male and female he created them.

From these verses, it is evident that God created man. But what we must not casually overlook is that man was created in the image and likeness of God and both male and female bear the image and likeness of God. The word man in verse 26 is the Hebrew word אָדָם (‘adam). While used as a proper noun as Adam, ‘adam is also a general Hebrew noun for mankind. Therefore, it is better to interpret man as mankind in these verses since verse 27 affirms that males and females bear the image of God.

“Although these words are used generally as synonyms, we may recognize a slight difference between the two. The Hebrew word for image, tselem, is derived from a root that means “to carve” or “to cut”. It could therefore be used to describe a carved likeness of an animal or person. When it is applied to the creation of man in Genesis 1, the word tselem, indicated that man images God, that is, is a representation of God. The Hebrew word for likeness, demūth, comes from a root that means “to be like”. One could therefore say that the word demūth in Genesis 1 indicates that the image is also a likeness, “an image which is like us”. The two words together tell us that man is a representation of God who is like God in certain aspects.”1

It is worthy to note that no other part of creation was created in the image and likeness of God. This was reserved for mankind alone and that difference not only sets mankind apart from and above other creation, but gives him inherent dignity and worth. Nothing in all of creation resembles God like man. It is with respect to this unparalleled truth that God requires retribution for any man who sheds the blood of another man, who is made in the image of God. Genesis 9:6 says –

“Whoever sheds the blood of man,
by man shall his blood be shed,
for God made man in his own image.

In the New Testament, James undergirds his argument for the ethical treatment of people with regard to speech utilizing the same language as Genesis 1:26-27. James 3:1-12 urges Christians not to use our tongues (speech) to curse people made in the likeness of God. The intentional language is not to be missed. The Spirit inspired writers of Genesis and James want us to feel the gravity of what it means to be human and the severity of the abuse of one who was purposely created in the image and likeness of God. In his relational, structural and functional capacities, man puts on display, although in a limited way, what God is like. That is a glorious reality! This is what it means to be human.

Based on this biblical truth, every human being without respect to age (even in utero- Ps. 139:13), sex, ethnicity, socio-economic status, etc., is an image bearer of the invisible God possessing inherent dignity and worth. It is because of this truth that people are to be treated with dignity, respect and value. Therefore, injustice, murder, rape, trafficking, racism, sexism, classism, abortion, abuse, and all forms of malevolent treatment of image bearers is out of step with God’s plan for how we are to view and treat one another, especially among professing Christians.

My Concern
Though chattel slavery and Jim Crow laws are no longer legal in America, because of Genesis 3, the sin of racism still exists and manifests in several other ways in society and, unfortunately, also in the church. Given the tense racial climate our country is presently experiencing, I have lamented at times at how inconsistent or seemingly apathetic certain segments of the church have been to address and even work out their salvation with respect to this segment of anthropology, which ultimately is a gospel issue (Jhn. 13:34-35; Eph. 2:11-22; 1 Jhn. 3:11-24).Unfortunately, this stain has been on the American church since the country’s inception and she is not without her justified critics.

In the Narrative of the Life of Frederick Douglass, Douglass stated:
“I love the pure, peaceable, and impartial Christianity of Christ: I therefore hate the corrupt, slaveholding, women-whipping, cradle-plundering, partial and hypocritical Christianity of this land.”

In A Letter From a Birmingham Jail, Martin Luther King, Jr. stated,
“I must make two honest confessions to you, my Christian and Jewish brothers. First, I must confess that over the past few years I have been gravely disappointed with the white moderate (white clergy). I have almost reached the regrettable conclusion that the Negro’s great stumbling block in his stride toward freedom is not the White Citizen’s Counciler or the Ku Klux Klanner, but the white moderate, who is more devoted to “order” than to justice; who prefers a negative peace which is the absence of tension to a positive peace which is the presence of justice; who constantly says: “I agree with you in the goal you seek, but I cannot agree with your methods of direct action”; who paternalistically believes he can set the timetable for another man’s freedom; who lives by a mythical concept of time and who constantly advises the Negro to wait for a “more convenient season.” Shallow understanding from people of good will is more frustrating than absolute misunderstanding from people of ill will. Lukewarm acceptance is much more bewildering than outright rejection.”

Douglass and King served as prophetic voices of indictment against the white evangelical. What’s painful to realize is that Douglass penned his words in 1845 and King penned his in 1963. One hundred eighteen years separate the two writings, but the same sin of racism permeated white evangelicals forcing blacks to defend their humanity, prove their dignity and worth time and time again and, at times, suffer death, in cases like the bombing of the the 16th Street Baptist Church in Birmingham Alabama in 1963. Four Klansmen were found guilty of the bombing killing four young black girls. This ought not to have been.

Today, the church in America has made some progress, but not enough. We don’t need more public statements of confession, position papers, panel discussions, conferences, or books. We simply need the church to keep in step with the gospel by recognizing and treating all of mankind, who is created in the image and likeness of God, with dignity and worth. Since the church is the pillar and buttress of truth (1 Tim. 3:15), we are commanded not only to proclaim the truth, but to live it. We need more prophetic voices in pulpits who are unafraid of jeopardizing their ministries seeking to uphold the truths of Scripture. We need more concentrated efforts to understand minority issues. We need more gospel rooted efforts to diversify mainline seminaries’ faculties and student bodies. We need more qualified diverse leaders in mainline denominations at every level, especially in local churches. We simply need to walk worthy of the gospel toward our fellow image bearers due to the unity and love we have from Christ and in Christ.

Our orthodoxy must not be hollow, for such is not the way of our Savior.